Training to prevent drowning at River Wharfe in Ilkley 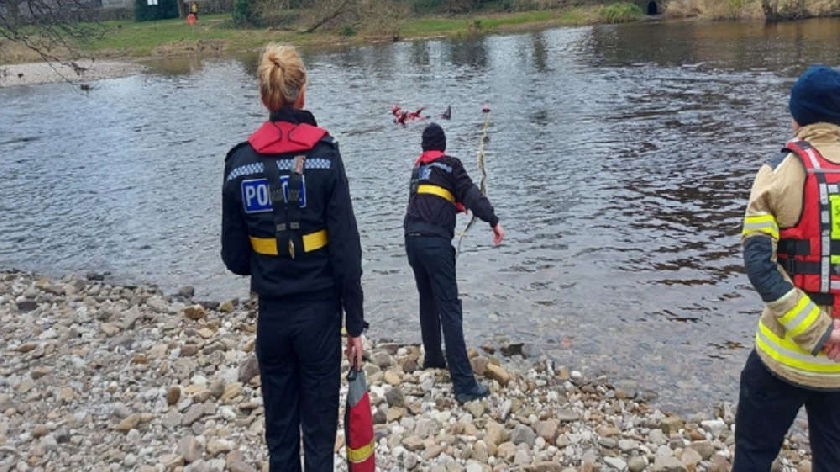 A scheme to train police to prevent people drowning in the area's rivers has proved so popular it may soon be extended to council staff.

West Yorkshire Fire Authority began providing water safety training to police due to the rising numbers of visitors to the banks of the River Wharfe in Ilkley in warm weather.

Last year a 19-year-old drowned further up the river in Grassington, and in Ilkley another boy only survived an incident in the river due to an off duty firefighter being on the scene to help him.

As warmer weather arrives, and crowds are once again expected to descend on the riverbanks, fire bosses have revealed the work they are carrying out to try and prevent future deaths.

West Yorkshire Fire Authority’s Community Safety Committee will be given a presentation on the service’s water awareness training at its next meeting, on Friday.

Members will be told that the fire service’s specialist water crews – used to deal with incidents in rivers, lakes and reservoirs – provided training to police who regularly patrol in Ilkley.

It says that with the river having recently been designated as an official “clean water bathing” site, there is unlikely to be any let up in the numbers that visit the beauty spot.

A report into the training, which took place earlier this year, said: “The police can often be the first on scene at water related incidents, so it is vital they have an awareness of the risks involved.

“Feedback from the West Yorkshire Police officers that have attended the awareness training has been extremely positive and they have requested that the training be rolled out further and delivered to other police colleagues.

“Due to the positive feedback, we are looking at offering training to Bradford Council wardens who may be patrolling these areas at times of high activity throughout the summer.”

Last year Bradford Council introduced a Public Space Protection Order that would prevent people from “tombstoning” off the footbridge over the River Wharfe. it would also give police and wardens more power to tackle people who were drinking at the riverside or taking “legal highs.”

And last month a planning application to increase the height of the fence on the suspension bridge over the river was submitted by Bradford Council. it would see the guardrail height increased to 2.4 metres to prevent people from jumping off the bridge and into the river. A decision on that application is expected next month.