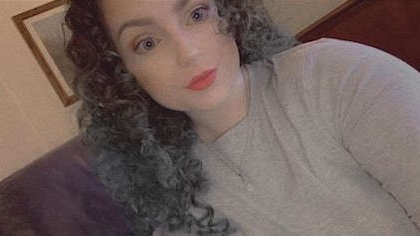 The mother of 21-year old Sasha-Raven Brown has released a statement after an inquest into her death on the A6068 last January.

Sasha-Raven was driving to Keighley from her home in Cowling at lunchtime on 19th January 2021 when she lost control of her car on the A6068 Colne Road, near the Dog and Gun pub, and aquaplaned because of the water on the road.

She collided head-on with another vehicle and died at the scene after sustaining multiple injuries.

The inquest was held into Sasha-Raven’s death took place yesterday (Wednesday 16th February 2022), and heard that she worked at Airedale Hospital and had passed her driving test just 9 months previous to the accident.

At the conclusion of the hearing, the Coroner in Northallerton recorded a conclusion of death in a road traffic collision. He also indicated that he would write a 'Prevention of Future Death report', calling on North Yorkshire County Council to review the stretch of road.

In a statement released by police after the inquest, Sasha-Raven’s mother Jackie Brown said: “I would like to say how shocked and devastated I am for the loss of Sasha-Raven and her life ending so tragically when it had only just started.

“It has been an extremely difficult year since the accident, coming to terms with the actual reality of losing a loving daughter so unexpectedly.