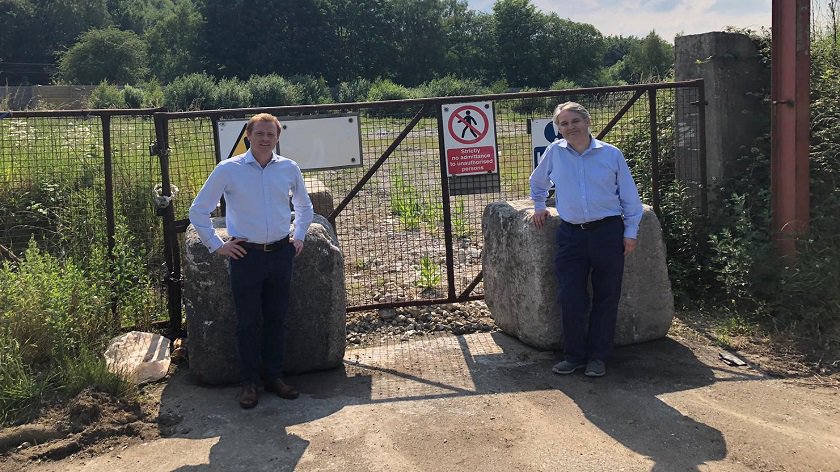 Keighley and Ilkley MP Robbie Moore and Shipley MP Philip Davies have today learnt that the Environment Agency will grant a permit to Endless Energy to operate the controversial proposed incinerator at Marley on the outskirts of Keighley.

The incinerator has been in the pipeline for many years after Bradford Council granted planning permission for the incinerator back in 2016. The Environment Agency has now run two consultations on their decision to award an environmental permit for the site – with their last consultation running during the first national lockdown.

The decision has now been made to grant an environmental permit for the site with work expected to start imminently. Robbie and Philip have been working with the Aire Valley Against Incineration campaign group who have been championing residents’ views on the incinerator – and making the case for the proposed development not to go ahead.

Commenting Robbie said: “This is a sad day for Keighley and the wider area. I am incredibly disappointed and angry at the decision as I feel that the case for approval does not stack up. I still do have severe concerns regarding its development and the impact on air quality, especially with the site being situated within a valley, within close proximity to playing fields, schools and homes. There has been strong local opposition to this development, and I know just how hard the Aire Valley Against Incineration campaign group have worked to ensure this development doesn’t go ahead. I have seen many of the submissions made throughout the consultation in which many local residents submitted genuine concerns linked to the detrimental impact this will have on air quality, not only linked to the incinerator itself but also increased traffic levels bringing waste to the site.”

“I raised many similar objections in my response to the consultation – which I wrote jointly with my neighbouring MP Philip Davies – focusing on the inadequate and unfair consultation process, topography and temperature Inversions, negative impact on air quality and pollution as well as concerns about the impact on health. It is extremely disappointing therefore that these concerns have been dismissed. On the topic of Air Quality, I have been told by the Environment Agency that they could only take into account proposed emissions from the incinerator, and they have deemed this will be satisfactory. In regard to increased traffic emissions, the Environment Agency have informed me this is a planning issue and therefore would have been considered by Bradford Council when they granted planning consent in the first place.”

“It is therefore extremely disappointing that this application was even allowed to get to this stage. Bradford Council should have quashed this unnecessary application in the first instance, instead of granting consent for something the people of Keighley didn’t want. Enough is enough – I simply don’t want Keighley to become Bradford’s dumping ground. I will be supporting the campaign group in whatever way I can to fight this project.”

Philip Davies said: “This is a very disappointing decision which flies in the face of common sense, and shows a complete disregard for the local communities who have to live with this decision.  I am particularly concerned about the impact on the air quality for my constituents – which is already poor in too many areas – and this can only make it worse.  The Environment Agency told me and Robbie that the poor air quality caused by heavy goods vehicles going to and from the site was something that they were not able to take into account but should have been taken into account by Bradford Council during the planning process.  Given that Bradford Council are making parts of my constituency a clean air zone due to poor air quality, shortly after it approved the plans for the incinerator beggars belief, but is typical of their poor decision making.  I would like to thank all those who fought so hard for their local community against this incinerator, although I know they will be as unhappy with this decision as I am”