Gang jailed for total of 66 years for Keighley child rapes 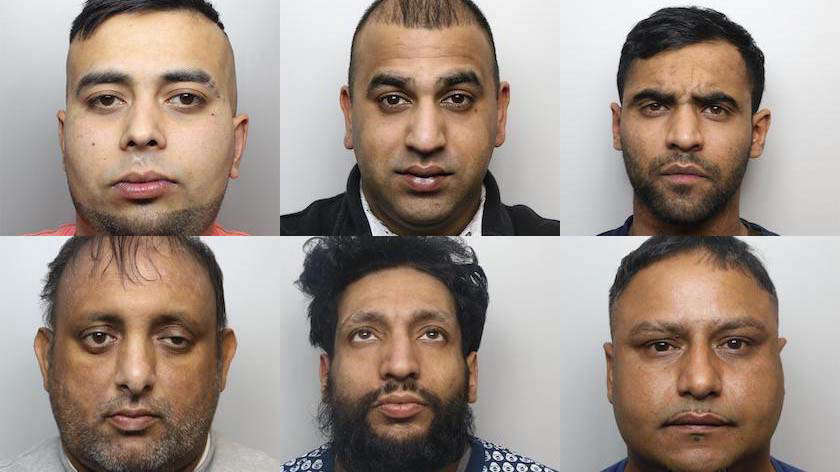 Six men have been given jail sentences of up to 13 years each for raping a child in the Keighley area between 2008 and 2009.

The men stood trial at Bradford Crown Court last year after being charged with a variety of sexual offences.

Today (18th February) we can report that the men have been handed jail sentences after a jury found them guilty after two separate trials last year.

In total they have been jailed for 66 years.

All the charges relate to offending which happened in the Keighley area between 2008 and 2009 against one victim, who was a child at the time.

She came forward to police later as an adult and reported the abuse she had suffered, and an investigation was launched.

The men received the following sentences:

- Nazir Khan, 30, of Keighley has been jailed for 12 years after being convicted of two counts of rape and an extended 8-year licence period for each count. He is already on the sex offender’s register.

- Kamran Hussain, 29, of Keighley has been jailed for five years after being convicted of rape and ordered to register on the sex offenders list for life

- Omar Safdar, 30, of Oldham has been jailed for 12 years after being convicted of three counts of rape.

- Imran Sabir, 42, of Keighley has been jailed for 12 years after being convicted of two counts of rape.

- Hassan Basharat, 32, of Keighley has been jailed for 12 years after being convicted of three counts of rape.

- Barber Hussain, 36, of Bradford has been jailed for 13 years after being convicted of seven counts of rape.

The victim at the centre of this case wanted to make a statement following the sentencing. She said: “The driving force for me to keep going through all of this was so that it prevents it from happening to other people, and also it might help other people come forward.”

Detective Chief Inspector Alan Weekes, of Bradford District Police, said: “We welcome the sentences that have been handed down to these men today. Cases such as these are incredibly sensitive and complex and it often takes years of painstaking investigation to bring them before the courts.

“I would like to take this opportunity to praise the victim for coming forward and reporting these offences to the police, for her patience whilst the criminal investigation has been ongoing and her courage in giving evidence in court.

“The abuse she endured robbed her of her childhood and I hope seeing all of these men sent to prison today for these horrendous offences she was subjected too, will allow her to start to look forward to the future.

“If anyone has suffered abuse or has concerns about someone who may be suffering abuse, I would urge them to come forward and speak to the police. We will listen to you and investigate all offences and also ensure you have access to any help or support you need.

“I hope this sends a clear message that regardless of how long ago these offences may have happened we will pursue every avenue to get justice.”