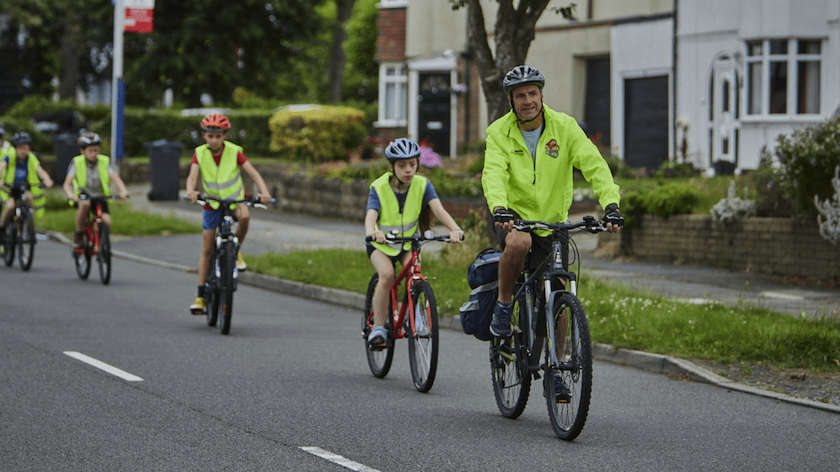 North Yorkshire County Council is facing criticism over a proposal to charge thousands of parents for their children’s school cycling proficiency training.

It's after the Conservative-led local authority received less government funding than was needed.

Leading North Yorkshire County councillors will on Friday consider accepting the Department of Transport’s grant to run Bikeability, the government’s national cycle training programme which teaches practical skills and about how to cycle on roads.

The proposal to formally accept the grant has been made despite it being less than the £46.20 per pupil than it received last year and amid rising costs it representing a shortfall of almost £90,000.

An officers’ report states alongside an increased subsidy from the council, from September will be the first full year in which fees will be charged to the families of more than 4,000 primary school pupils for the course.

The officers’ report warns: “This may impact on the number of schools booking courses.”

It highlights how for the current academic year the council accepted a grant of £168,165 to provide up to 3,637 places, on the scheme which employs seven fixed term, part-time staff and approximately 40 casual relief cycle trainers.

For the coming academic year the Department for Transport has offered grant funding of £186,165, to provide 4,137 places, equating to £45 per pupil.

The report states: “For the programme to continue, funding will be required to meet the shortfall, through either a full charging scheme or another source.”

The council’s executive member for access, Don Mackenzie said while the charge to parents was coming on top of many other cost of living increases, the benefits of the undertaking cycling training were very significant.

Describing the £10 fee as “a very small amount”, Coun Mackenzie said Bikeability had become more important with the switch to more sustainable modes of travel and in the drive to tackle obesity.

He said: “It gives people better skills on the road, improves their confidence, and once trained encourages more people to take up cycling. To me it is up there with life skills such as learning to swim.”

However, the authority’s Liberal Democrat and Labour group leaders, councillors Bryn Griffiths and Eric Broadbent have called for the ruling Conservative administration to rethink the levying charge, saying it would prove divisive in some schools and an unacceptable extra charge for many families.

Coun Griffiths said putting an extra £10 charge on people already struggling to make ends meet due to mounting fuel and food costs was “a dreadful idea”.

He said: “An exemption for children on free school meals would be an excellent idea.”

Coun Broadbent added he was concerned the charge could lead to some children from financially struggling families not taking the course and while £10 would seem a minimal sum to many people, it would represent another item those on low incomes would not have budgeted for.