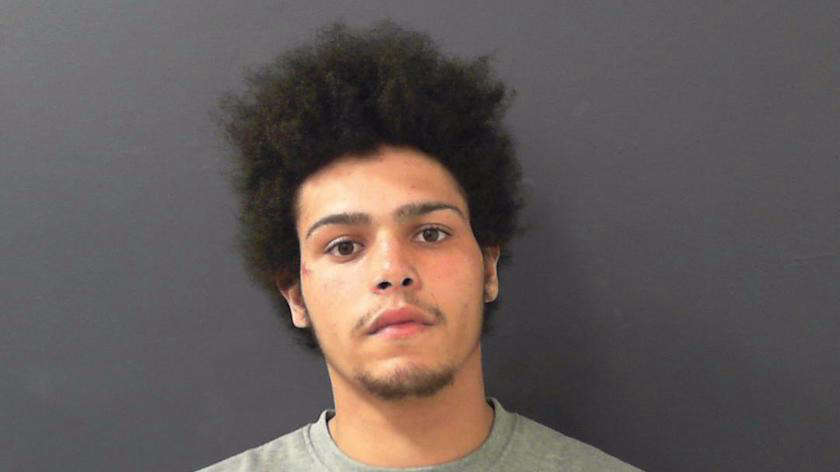 23 year old Jacob Walsh has been found guilty of dangerous driving, drug driving and several document offences following a pursuit on the A65 and A629 last April.

Walsh, of Albert Drive in Halifax, was convicted at Bradford Crown Court on 1st December and sentenced to 12 months imprisonment on 3rd December.

On 25 April 2020, Walsh was driving a black BMW 118 when he failed to stop for a North Yorkshire Police patrol on the outskirts of Hellifield, on the A65. Walsh headed towards Settle, driving the wrong way round a roundabout before heading back through Hellifield and into Gargrave at speeds of up to 110mph – in a 30mph zone.

He then drove towards Crosshills, going the wrong way round three more roundabouts, before driving the wrong way up the Aire Valley Trunk Road dual carriageway, into oncoming traffic, then turning round in the middle of the carriageway and heading back towards Crosshills. As he passed Airedale Hospital, Walsh hit a health care worker’s vehicle in Steeton, shunting it 15 metres and writing it off.

The health care worker had just finished a nine-hour shift on a COVID ward. She has not been able to work since, due to the effects of the collision.

Walsh ran off on foot from the scene of the collision, before being caught by North Yorkshire Police officers and arrested.

On several occasions throughout the pursuit – which lasted for 20 minutes – Walsh nearly caused head-on collisions with other innocent members of the public, forcing motorists to take evasive action.

Officers found Walsh had put a set of registration plates on the BMW which belonged to a completely different vehicle – the BMW was uninsured.

He was arrested and later charged with dangerous driving, drug driving, fraudulently using a registration mark, using a vehicle without insurance and driving without a licence.

As well as the jail term, Walsh was disqualified from driving for 18 months and ordered to pay a victims surcharge of £149.

PC Chris Howarth, of North Yorkshire Police’s Operational Support Unit, said: “This was a shocking case of dreadful driving. Walsh showed absolutely no regard for the safety of other road users that day. The consequences of his actions were bad enough – and if it were not for the fact that there were only a few vehicles on the road due to the tight lockdown restrictions at this time, the outcome could have been even worse.”

Watch video footage of the chase, released by North Yorkshire Police, below.