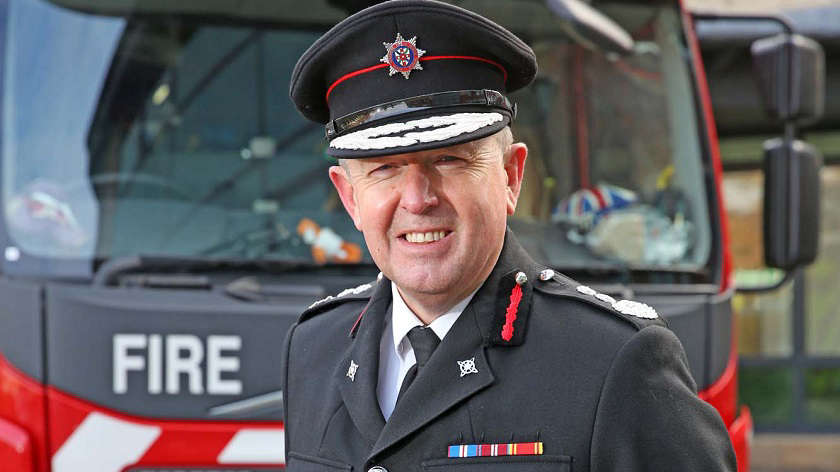 North Yorkshire Fire and Rescue Service is looking for a new Chief Fire Officer after Jon Foster announced this week that he's retiring after 39 years' service.

Jon said: “I will have completed 39 years of service this April and, after prolonged discussions with my wife and family, I believe that it is time for me to ‘hang up my boots’.

“It has been my privilege to have worked with and been supported by many wonderful people over the years. I’ve had a fantastic career here at North Yorkshire Fire and Rescue Service of which I am proud and for which I am extremely grateful, starting out as a retained firefighter at Boroughbridge and progressing through many roles to finally becoming Interim Chief Fire Officer.

“For those younger colleagues reading this, I can confirm that the Fire and Rescue Service still offers a varied and fulfilling career. I can only hope that the years ahead provide you with as much excitement, fun and fulfilment as I have had the benefit of.”

North Yorkshire Police, Fire and Crime Commissioner Zoë Metcalfe said: “Jon has dedicated his life to serving North Yorkshire and I would like to thank him for his dedication, commitment and leadership over nearly 40 years.

“Those decades of experience, at every level, means he has been someone who knows North Yorkshire and York inside out, has the respect of colleagues, and the drive to make sure the Fire and Rescue Service is strong and sustainable so it can continue to protect our communities.

“As Interim Chief Fire Officer, Jon has been a huge support to me in my first few months as Commissioner and I know his presence will be missed by us all. No one though can deny he deserves a more relaxing and more peaceful time as he retires from the Service and I wish him and his family all the best for the next chapter in his life.”

In its advert for Jon's replacement, the Office of the North Yorkshire Police, Fire & Crime Commissioner says the new Chief Fire Officer will have the opportunity to shape their senior leadership team, as well as to 'engage, influence and shape the future delivery of the Service to ensure our communities remain some of the safest in which to live and work'.

Applicants need to be currently working as at least an Assistant Chief Fire Officer or equivalent, and the role commands a salary of between £128,647 and £136,250.