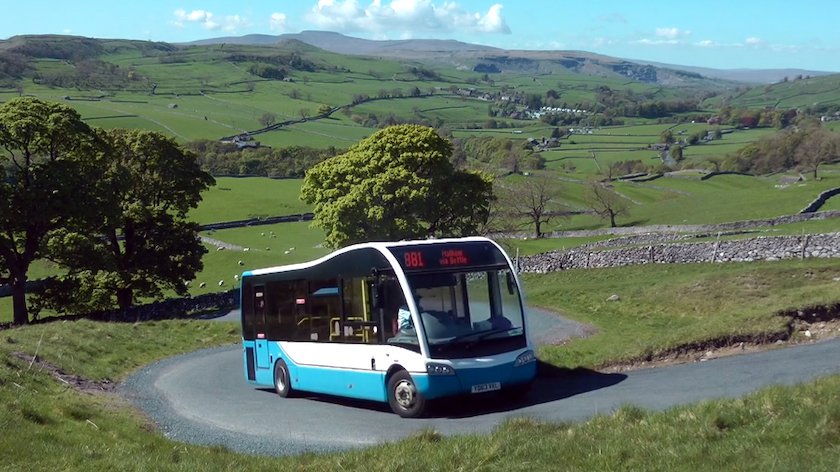 Leading councillors have pushed forward proposals for a new North Yorkshire and York English National Concessionary Travel Scheme, under which a host of local bus service operators will be paid for the fares of elderly and disabled people until April 2024.

Under the national mandated scheme bus pass holders can travel free on all local buses anywhere in England from 9.30am until 11pm on weekdays and all day at weekends and on bank holidays.

In North Yorkshire, the council covers bus pass fares from 9am to 6am, and concessions are accepted on certain morning rush hour journeys, particularly from rural areas.

Such exemptions are considered on a case by case basis and granted for cases such as where a passenger is not likely to reach their service centre, GP, hospital before 11am on a direct service without the exemption.

A council officer’s report states the overall financial impact of the proposed changes to the scheme is that forecast expenditure is expected to increase by £216,000 in the coming year based on last year’s passenger numbers.

Councillor Don Mackenzie, the authority’s executive member for access, said the reason council could face financial pressures was because it had made “small savings against budget” over the past 24 months.

He said: “We simply did not foresee a marked decrease in the number of people using buses. We did continue to pay bus operators far beyond what they should have been given based purely on passenger numbers because we wanted lots of bus operators to still be around and financially viable after Covid was over.

“Any increase back up to pre-Covid levels will have an impact on the budget because we have pared the budget by relatively small amounts due to reduced usage by bus pass holders.

“It is a pressure, but would be a relatively small percentage of what the bus concessionary fare scheme costs us, about £7m a year.

“Concessionary fares have always cost North Yorkshire more than we get from government because it is an attractive place to visit and use their bus passes and we pick up the bill for that.

“It does give older and disabled folk an incentive not to use their cars and to get out and about, which is good for public health, it’s good for mental health and it’s very good for the environment too.”