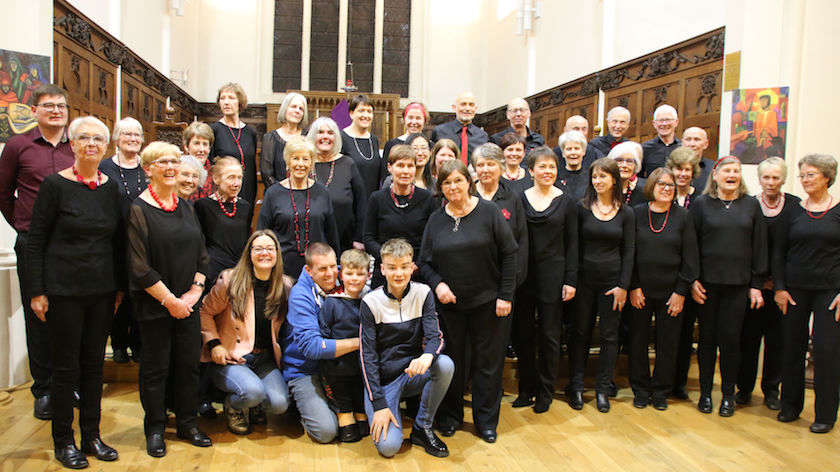 The Skipton Choir has raised £1,000 for the 'This is Luke' appeal at its first public concert in more than two years.

Members of the 60-strong choir sang at Christ Church, Skipton in aid of 9 year old meningitis victim Luke Mortimer, from Skipton, who attended the concert along with his parents Christine and Adam Mortimer and brother Harry.

Adam said they were "thrilled" that the choir had chosen to donate profits from the concert to help Luke who lost both hands and legs after contracting meningococcal meningitis in December 2019.

A donation of £400 will also be made to Martin House children’s hospice which was a co-beneficiary of the concert.

David Weale, the choir’s musical director said: “It was a truly lovely event, made all the more special by Luke and his family being able to be there on the night.”

The choir’s last public performance was also held at Christ Church when it staged a ‘Night of Music for Martin House’ in November 2019, before the outbreak of the pandemic.

Originally established more than a decade ago, the choir started meeting for live rehearsals after a break of 17 months in August 2021 at Skipton Girl’s High School where it rehearses every term-time Monday evening.

Choir chairman Carol Squire added: “It was fantastic to be able to perform once again. The choir had been rehearsing hard for many months and really enjoyed the opportunity to sing before an audience – especially in aid of such worthwhile causes. Luke and his family enjoyed the concert, and it was lovely to meet them all – especially little Luke who stole all our hearts!”