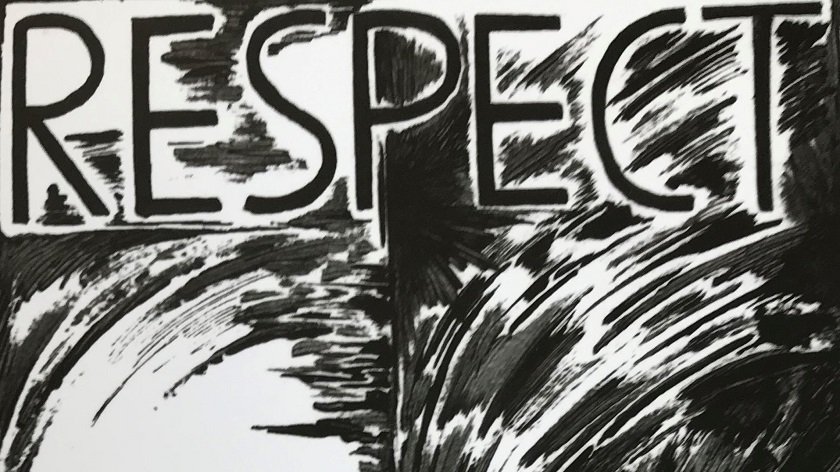 Students at IGS have published an anti-bullying book with help from the Ilkley Literature Festival.

The dedication is written by Michael Rosen with contributions from Simon Armitage, Holly Smale, Alastair Campbell and others.

“Somehow we have to find a way of respecting others in the same way as we want to be respected ourselves. I’m not for a moment suggesting this is easy, but I think and hope it’s something worth aiming for.” Quoted from the foreword by Michael Rosen to the newly published book RESPECT.

Three years ago a number of members from the Anti-Bullying Team at Ilkley Grammar School attended a training course run by The Diana Award in Bradford, where they learnt about the causes and effects of bullying and considered ways in which bullying might be tackled in schools across the country. In response to this and determined to ensure that the quality of kindness is recognised, the team set up the first ever Kindness Awards at Ilkley Grammar School. The awards are student nominated and recognise two students from each year group who show particular kindness towards others over the course of each year. The team has approached local businesses who have generously donated a number of fantastic prizes. The team also run competitions and think of creative ways to raise money for the school and for charities such as Mind and The Diana Award.

Last year, to build on the success of the Kindness Awards, the Anti-Bullying Team came up with the idea of producing a publication about bullying, both to reach out to young people who are experiencing bullying, and to contribute to the wider debate and consideration of the issue. Since then and throughout the lockdown, the team has been producing the book which they are selling to raise money for Young Minds, a national charity which works to improve the well-being and mental health of young people. Some of the proceeds will also support anti-bullying initiatives in school.

The recently published book, called RESPECT, includes a specially written foreword by Michael Rosen, and is a collection of responses to questions about bullying gathered from a series of interviews with, and contributions from, writers and public figures such as Simon Armitage, Alastair Campbell, Janet Ellis, and Holly Smale among others. It also includes a selection of creative writing, poetry and artwork from students and ex-students from Ilkley Grammar School. The Anti-Bullying Team is very proud to have worked in partnership with the Ilkley Literature Festival and to have received thoughtful and personal responses from people they have approached. Pinnacle Print has very kindly designed the publication free of charge and the printing costs have been covered by money which the team has raised through in-school fundraising activities. The local bookshop, The Grove Bookshop, is selling the book as a gesture of support.

The book’s dedication reads as follows: “For the victims of bullying. For the bullies, who are often victims themselves. For the people who are working to make a difference. Finally, this book is also dedicated to Michael Rosen who has brought joy to so many children and who became ill with Coronavirus soon after writing the foreword to this book. We wish you well.”

Headteacher, Carly Purnell says, “This publication, produced by our Anti-bullying Team, is a very impressive body of work and is testament to their passion for their role and their determination to make a positive difference in society. It seeks to raise awareness of bullying, its many different forms and the impact that it has, and draws upon the experiences, observations and thoughts of both current and former IGS students, as well as public figures.

The content is thought provoking and, at times, challenging, but is underpinned by important and positive messages including the ability to speak out and the power of respect and kindness. As Headteacher, I am very proud of all the students who have contributed to this and am grateful to those who have taken time out of their busy schedules to positively engage with the topic of bullying. It takes courage to resist peer pressure, to do things differently, to ask difficult questions and to take action to challenge the status quo, but this is what our Anti-Bullying Team is doing and shows that as a school we are fully committed to challenging bullying in all of its forms.”

Esme Gutch, Chair of the Anti-Bullying Team and project manager of RESPECT adds “We feel extremely lucky to have the support of the Ilkley Literature Festival, Pinnacle Print and The Grove Bookshop. Teachers and staff have been there to give us help as and when we needed it, in particular Mrs Walsh, Miss Parmar and Mr. Kehoe, and we were very excited to receive such a fabulous artwork for the front cover from ex-student Harvey Stapleton. It feels very much like a shared project. We hope it will provide comfort and reassurance to any readers who are experiencing bullying, and help to improve understanding of this subject.”

RESPECT is for sale for £7.50 at Ilkley Grammar School, and at The Grove Bookshop in Ilkley and on-line at www.grovebookshop.com. 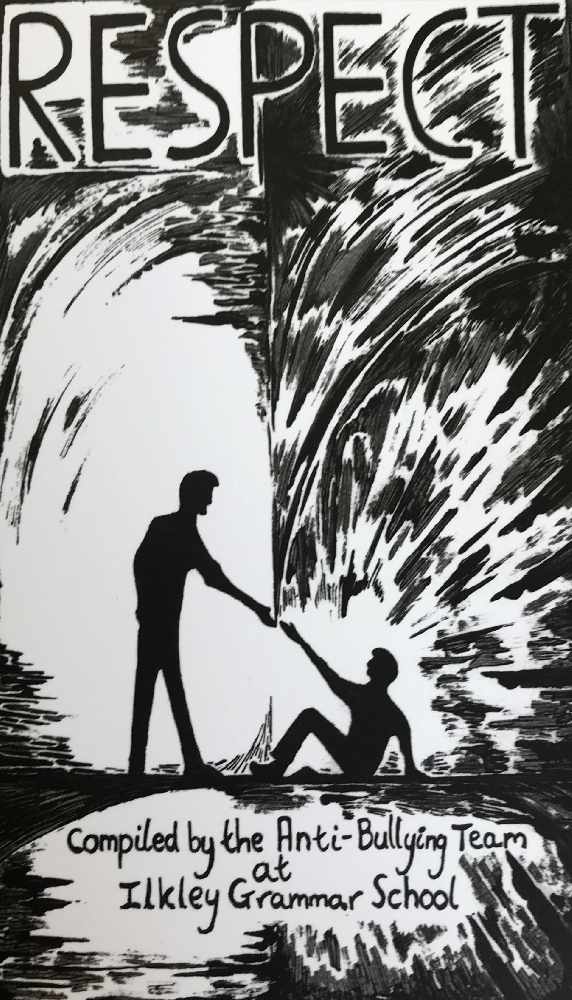