Banish boredom with the U3A 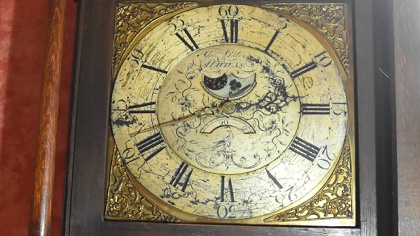 With members in Ilkley, Wharfedale and Airedale, Ilkley & District U3A start 2021 with online talks and events covering topics such as Nostalgiafest, the solar system, an extraordinary family tree and Islamic architecture.

Undaunted by the lockdown, the group whose membership is open to all in their ‘third age’ – typically those who are retired, semi-retired or working part-time, offer members a January of entertainment and fun.

A spokesperson for U3A said: “Who doesn’t love to indulge in a bit of nostalgia? The Nostalgiafest event on 26th January is the result of a recent appeal to members to look out treasured possessions which trigger memories of bygone times. U3A Chair Angie Grain will take us on a walk through Otley in the 50s and 60s. Fellow members talk about items that are special to them, including clocks, model railways and a special spoon. Others whip us back to past eras in Japan and Americas. Details of how to book this event and all the January zoom talks are on the Ilkley & District U3A website at ilkleyu3a.org.

“Delve further into the U3A website for access to Ilkley’s past. The U3A Archiving group has been working to put the Ilkley History Scrapbooks online. These were collated between 1948 and 2000 from local newspaper cuttings and feature aspects of Ilkley life and local history. Every month cuttings from a new scrapbook are revealed. January’s Scrapbook of the month covers the years from 1958-1962.”

The New Year means business as usual for many U3A groups. Over twenty groups are meeting by zoom and this provides a vital link for many members, particularly those who live alone or are isolating. It means for example, that those in the Singing for Pleasure group can still sing together, while the Photographic group are able to swap ideas for taking perfect pictures. Photos taken during the last lockdown are already on the website and the photographic group is keen to have some taken during the current lockdown. Similarly, many of the Art for Fun group log on every fortnight to talk to friends as they paint and draw. The results of their hard work are displayed on the website in a virtual art gallery.

Other groups hold online discussions. Judy Bunting, a member of the Enjoy Philosophy group sums up what it means to her. Judy said: “Who’d have thought we’d be discussing philosophy on Zoom. The Enjoy Philosophy’s virtual meetings have been really important to me during this difficult time. Our discussions are as challenging and stimulating as ever - and they have allowed me to stay connected while the world has been isolating us.”

The U3A spokesperson added: “During 2020 members have had to adapt to the ‘new normal’. In the past six months there have been 36 Zoom events and over 30% of the membership have attended at least one of them. Now more than ever it’s important to keep busy and connected. Ilkley & District U3A has a membership of c1500 retired and semi-retired folk who like to meet people, learn new things and make friends through shared interests and hobbies. It’s never been easier to join the U3A and membership for the next six months costs only £7. For further information about the U3A and how to join, go to the website at ilkleyu3a.org and follow the links. Visit us also on Facebook and Twitter.”