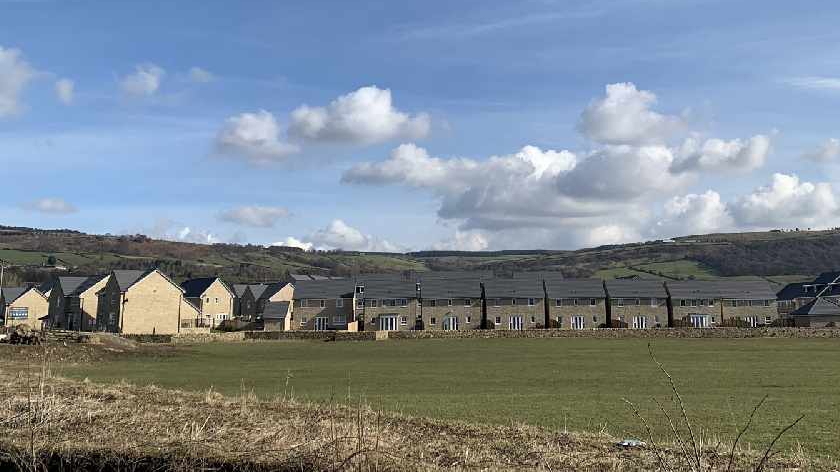 Plans to build 100 homes on a Silsden field have been withdrawn by a national housebuilder.

The application to develop an area of land off Belton Road had attracted over 240 objections since it was submitted by Countryside Properties late last year.

But the developer has now pulled the application “following advice from the Environment Agency.”

The four-hectare area of agricultural land was next to a recent 223-home Saxon Dene development, and the application led to many Silsden residents again questioning the scale of housebuilding in the town.

Countryside Propoerties said the new estate would help with the flagging housing supply in the District – pointing out that while Councils are required to show they have a five year housing supply in place, Bradford Council only has a two year supply of homes.

But objectors raised issues ranging from the extra strain the 100 homes would put on Silsden’s infrastructure and argued the site regularly flooded.

One pointed out that following February’s storms the site “resembled a lake.”

A Countryside spokesperson commented: “Countryside can confirm that it has withdrawn the application while further technical investigations are undertaken.

“This decision was made following advice from the Environment Agency.”

The Environment Agency was one of several groups that had been consulted on the application.

Last month the body wrote to Bradford Council to say it would be objecting to the plan.

A letter from Andrew Simpson, Sustainable Places Planning Specialist, said: “The site is mainly located in flood zone 3b, a functional floodplain as per the Bradford Strategic Flood Risk Assessment 2014.

“Functional floodplain comprises land where water has to flow or be stored in times of flood.

“We object to the proposed development as it falls within a flood risk vulnerability category that is inappropriate to the Flood Zone in which the application site is located.”

Highways officers at Bradford Council had also warned that they would not support the development, arguing that future residents would be too reliant on cars.

The department said: “The proposed development site is not considered to be in a particularly sustainable location and whilst there is a bus route running past the site this does not meet the requirements to be classed as a ‘frequent’ service route.

“Therefore, there will be a greater reliance on the car.”