Theatre of Dreams becomes a reality for local school 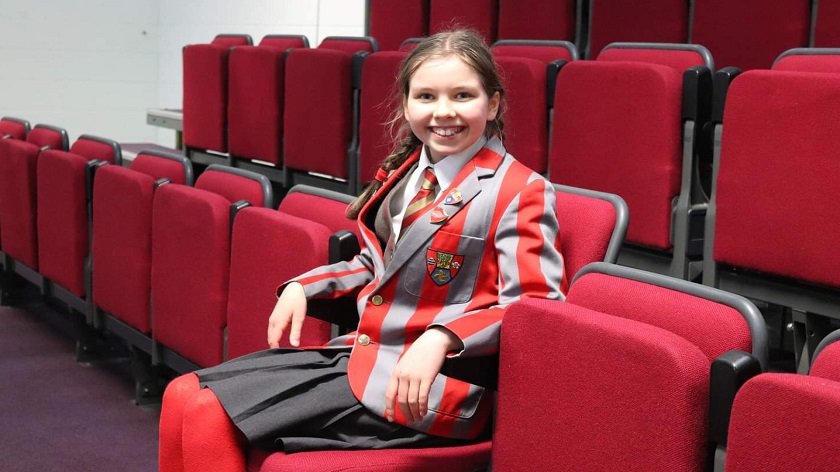 As restrictions ease and events can resume, a revamped theatre space comes to Ghyll Royd School and Pre-School in Burley-in-Wharfedale, a fundraising effort over four years in the making.

The Theatre of Dreams has been a long sought-after addition to the school’s multipurpose hall which is currently used for performances, sports fixtures and large events. The hall is also home to local sports clubs including Olicana Gymnastics and Ilkley Harriers, who will now benefit from additional retractable seating for spectators.

Fundraising for the seats began in 2017, launched by Channel 4’s Brendan Sheerin, host of Coach Trip and a regular Pantomime star. Children asked him questions about his life travelling the world and what it is like to work in television and on stage. When asked about the importance of getting a good seat, the famous tour guide said: “I always appreciate a good seat as it enhances people’s enjoyment of any performance.”

Local businesses and Ghyll Royd families were given the opportunity to play a part in the fundraising by sponsoring a seat in the theatre, with their chosen inscription added to the reverse of the chair. Their names join several other plaques commemorating fundraising milestones and events which helped Ghyll Royd meets its goal.

Back in 2018, families and staff donned their wellies and florals on the school grounds for ‘Ghyllstonbury’ – a music festival which helped raise over £3,000 towards the theatre seats. Just months before the pandemic, Ghyll Royd hosted its 130th Anniversary Ball which raised a magnificent £19,000 which was poured back into the school for its IT updates, playground equipment and the seating.

Children at Ghyll Royd have been fully involved in the fundraising, with weekly tuck shops and events planned by the three school houses.

Head Pupil Georgie was one of the first to see the seats. She said: “I love the theatre seats! We do lots of performing in school including a nativity, the Palm Court Afternoon Tea, the Mother’s Day concert and our end of school production which is always really fun. Me and my friends can’t wait to perform on stage in front of an even bigger audience this year, it will feel like we are in a real theatre!”

The school hopes to provide a new space to the local community for performances, events, theatre groups and functions. Plans are in the pipeline for movie nights and several ‘an audience with’ evenings with famous faces and people of interest.

Headteacher Mr David Martin commented: “Just like the many home renovations started in the past year, I have used my time during the schools’ physical closures during the pandemic finishing projects put forward by the governing board and school council. The purchasing and installation of our ‘Theatre of Dreams’ has been years in the making so I am delighted that we now have a viewing experience to offer our families and up to 120 people. This year the school has also seen the installation of new monkey bars, state-of-the-art interactive screens, a pottery kiln and a new car park. I would like to say a big thank you to all our families and the PTA for their generosity and enthusiasm.”

Ghyll Royd School’s PTA has been instrumental in the theatre improvements, with socially distanced easter egg hunts and visits from Santa contributing to the fundraising. Volunteers in the PTA are looking forward to the easing of restrictions in June to host their Summer calendar of events including a Summer disco and teddy bears’ picnic!