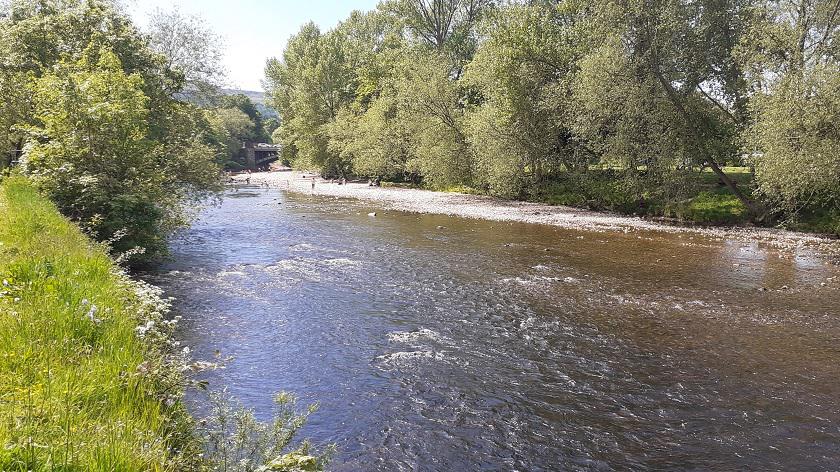 Ilkley Clean River Group welcomed the Ofwat Chair Jonson Cox, and CEO David Black for a visit to Ilkley to secure the town's ambition to clean up the Wharfe at Ilkley.

After a tour of the area, meeting local residents to hear their concerns about the town's engagement in finding solutions to the pollution, and the persistent pollution incidents. They met with Ilkley Town Mayor Cllr Mark Stidworthy to understand the town's experience of trying to secure a better environment for local people and visitors.

Speaking after the meeting Cllr Stidworthy said: "I would like to thank Ofwat for listening to Ilkley residents' views and giving them the respect they deserve. Their visit left no doubt as to the depth of knowledge and concern we have for our local environment, and how we wish to be involved in protecting and enhancing it for future gene rations."

The group was then joined by Keighley and Ilkley MP Robbie Moore, Oliver Stanton Environment Agency Regional Director, Liz Barber, CEO and Lee Pitcher, Director of Partnerships to agree how to progress the clean up of the river.

Robbie Moore said: “My thanks go out to the Ilkley Clean River Group for organising this meeting. Getting key stakeholders around the table and working collaboratively will be the key to cleaning up the River Wharfe. I hope that this model of collaboration is copied across the country as we strive to clean up more of our rivers. I look forward to a continued joined up approach with the Clean River Group, as well as the key stakeholders going forward.”

At the meeting it was agreed:

A spokesperson for Clean River Ilkley said: “We know that the longer term solution will mean improvements at the sewage treatment works; de-combining at least parts of the sewage system so that rainwater goes straight into the river, and only household waste goes to the sewage works; better sustainable urban drainage; and all of those living in Ilkley being careful about what we put down the loo. All of this will be more achievable with the support of the town.”

“The Ofwat Chair and CEO were instrumental in securing a better collaboration between all parties focused on Ilkley and making the most of what we have achieved here.“