The Best Things In Life Are Free

New menswear store to open in Ilkley this month 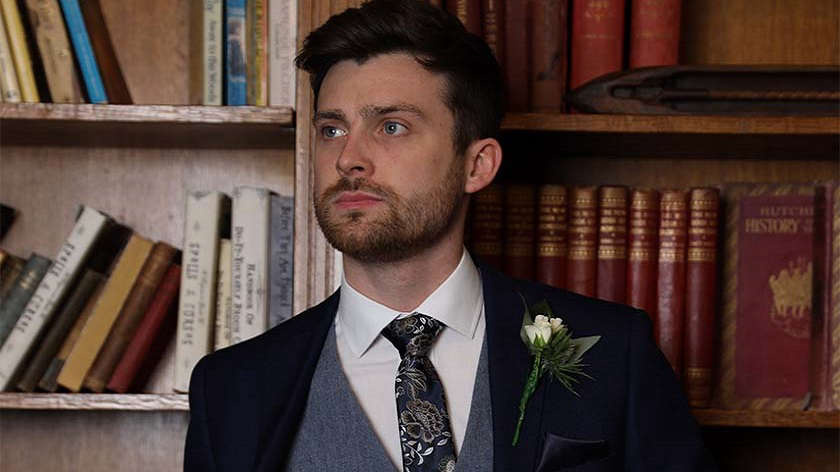 A menswear retailer based in Cleckheaton is to open a second store in Ilkley on the Grove Promenade later this month.

Joshua Adams menswear, along with every other retailer in the country, was forced into uncertainty in March 2020 with the first national lockdown. This led to the temporary closure of the shop in Cleckheaton for several months, the cancellation of thousands of weddings throughout the country and a complete change in customer needs.

After the initial shock at the situation and the quandary the business found itself in, Joshua Adams’ Owner, Stephanie Norris assessed the options available and quickly set up an online shop on the existing website to facilitate a click and collect option for customers, limiting interaction, but allowing customers to maintain their ability to shop. It soon became startlingly clear that the change in circumstances had brought about a change in needs for customers. With trips to the races, weddings and face to face interviews all erased from the calendar, the need for comfortable casuals grew and with it, Joshua Adams launched their casual collection growing the labels they stock and researching territory unknown. The requirement for casualwear grew as staying at home continued.

Then came re-opening day on 12th April 2021, Joshua Adams worked on a huge launch campaign with other Cleckheaton-based businesses to create a film celebrating this exciting time and even the local news broadcast the big re-launch from Cleckheaton. With wedding venues allowed to re-open and shops re-launched for business, wedding fever hit the nation, weddings that had been postponed three times were finally able to go ahead, suits were to be taken in or out, styles had changed, themes had evolved. Joshua Adams was busy with a capital B! The busy season continued and where the seasonality of the business is normally defined, the interest continued to peak throughout the year. Hundreds of wedding parties came through the doors delighted that Joshua Adams had kept their suits safe and could easily adjust sizes, add party members on … or take some off, whatever the customer needed!

Into January 2022 and the pace continued, not just a post-covid fad, customers recognised the attention to detail, the superior service and the quality they receive at Joshua Adams, so the business expanded accordingly. The opening of a stunning new mezzanine level within the Cleckheaton store offers privacy to customers and showcases the extensive variety of labels stocked, the store itself really is quite stunning, a pleasurable space to browse.

Added to this, Joshua Adams released its own label! Owner, Stephanie Norris enthused: "Understanding our customers’ wants and needs and recognising the requests we receive daily, the natural progression was to launch our own label responding to those requests. We use the best manufacturers and offer a wide range of styles and sizes, so there’s something beautiful available for everyone. To showcase the new label, we created a film utilising our favourite models at a stunning Yorkshire venue, ‘Waterton Park hotel’. The film, which can be viewed on our YouTube channel, is designed to showcase the range of options available at Joshua Adams, including the suits with our own label, and the service received from our unique business.”

The business has also been shortlisted for the ‘I Do’ magazine wedding awards for attention to detail and customer satisfaction, an award judged by customer experience.

Stephanie added: "We truly believes in the growth of the Joshua Adams brand so much so, that the team is opening an inspiring new store in Ilkley town centre at the end of February! The store will offer the same personal service, staffed by existing Joshua Adams team members and stocking the prestigious Cavani label. The team is beyond excited to bring the Joshua Adams difference to Ilkley and become a part of the local community. To keep up to date with the exciting times ahead for Joshua Adams and the opening of the new store, sign up to the newsletter for all notices and special offers."