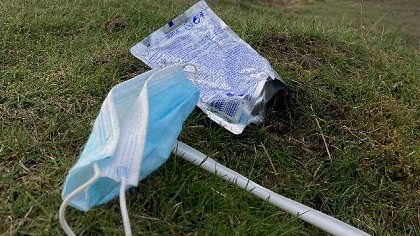 The three winners of the first ever Ilkley Litter Picker Of The Year Awards will be named at a ceremony at the Cow and Calf Rocks car park on Sunday, April 10.

Entries closed on March 31 and the judges, led by local resident and businessman Thomas Black have spent the week assessing the merits of those nominated.

Mr Black, who came up with the idea for the awards said: “We’ve been hugely impressed, not just by the sheer number of people who have been nominated, but by the quality of the nominees.

“I find it astonishing just how many people work so hard to help keep our part of Yorkshire looking beautiful. They do it for no reward, other than to have the satisfaction of seeing our verges, streets and moors litter-free. It’s hugely heartening,” he said.

The awards, which have been supported by Ilkley Town Council, are designed to highlight the efforts of an unsung army of litter pickers who quietly go about their business week in, week out.

Mr Black also hopes that those who actually do the littering might be prompted to think twice before they toss litter away in the future.

“Those cleaning up the litter do a brilliant job but the problem wouldn’t exist if people didn’t litter in the first place,” he said.

We hope these awards prick the consciences of those who are littering and that they are prompted to do the right thing in future.”

An hour-long litter pick will start at the Cow and Calf Rocks car park at 11.00am. The awards ceremony is due take place at Noon.

“We would encourage anyone who wants to help do a litter pick on the moor to join us on Sunday,” said Mr Black.

“Bradford Council and Ilkley Town Council are supplying a number of hi-vis jackets, litter picking tools and bags. Because this is the first time we have done this, we have no idea how many people are going to turn up but we hope for fine weather and that anyone who wants to do something about the scourge that is litter, can find the time to join us,” he said.