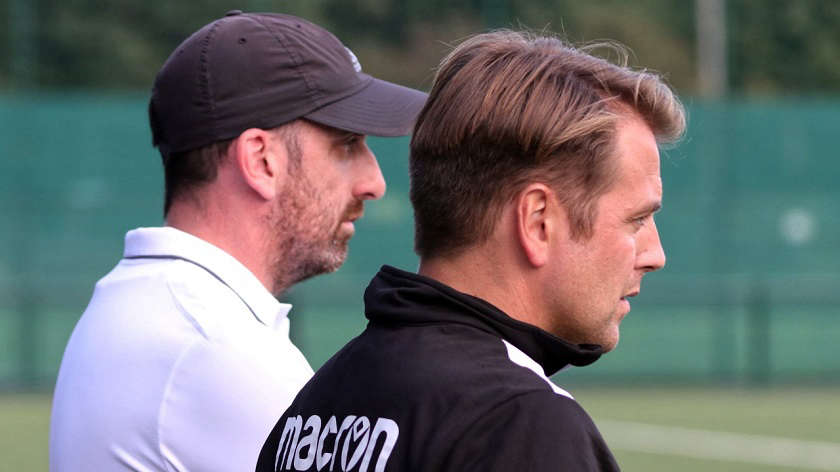 After 10 years in charge Simon Armstrong has stepped down as Ilkley Town men’s first team manager to focus on his role developing junior players at the club through the player development centre and sixth form scholarship program with St Mary’s School in Menston.

Ilkley have come a long way since Simon joined in 2011. At that time, they were a mid-table side in the West Yorkshire Division One. Under Simon’s management they have won the Wharfedale Cup on 3 occasions, reached the County Cup final, achieved two promotions leading the team to become the first side to represent Ilkley in non-league football.

Simon said: “When I look back over the last 10 years, I am really pleased at what we have been able to achieve. It has been incredible to achieve the ambition of reaching non-league football this season. It’s a fabulous squad of players and I have really enjoyed my time with them. The time is now right for me to move on and focus on new challenges. Developing young players and building a pathway from the junior teams into the men and women’s first team is my next challenge and one I am excited about. We have built the AW Academy and scholarship with St Mary’s in the last 3 years, and I want to build on that to help Ilkley’s young players achieve excellence.”

Club Chairman Richard Giles said: “Simon has been an outstanding manager for the club. He has moved the first team to the next level and reaching the North West Counties league is a historic achievement for the club and the town. I am pleased that Simon will continue to play a big part in the future of the club and focus his coaching expertise on developing the next generation of footballers in Ilkley.”

The club have promoted from within and appointed Sam Dexter as the new manager. Dave Houlston will work alongside Sam as Head Coach. Sam played for the club and has been working with the first team for the last 4 years. He has managed the very successful under 23 side and is highly regarded by the club.

Richard Giles said: “Sam has worked with the club of four years and had a lot of success with the u23 team. He is now ready to take the next step in his coaching journey as the first team manager role. Dave is very experienced which makes it a great combination. Sam and Dave will continue the strategy for the club, to develop young players, play attractive football and will treat the players fairly. We are looking forward to the next chapter in the development of the club.”