Love Not War (The Tampa Beat) 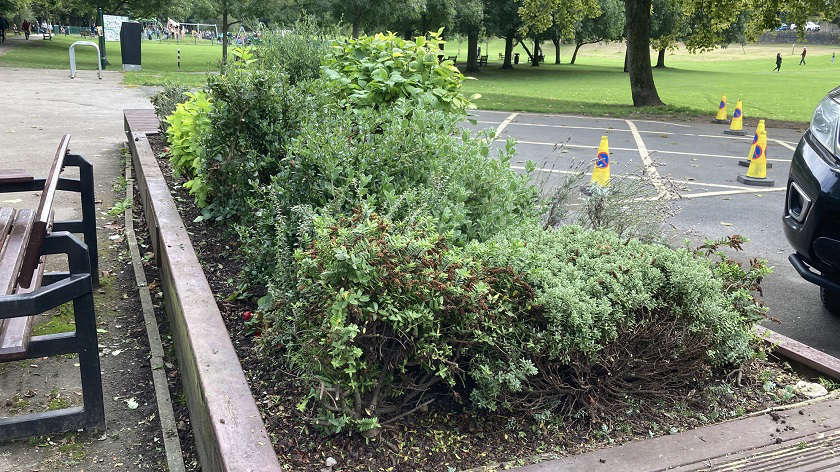 Friends of Ilkley Riverside Parks is excited to announce the start of work to refurbish the flowerbeds that border the Riverside Gardens car park near the Riverside Hotel.

The Work will begin in mid-October and is expected to take just one week.

The Wooden structures that are currently in place, are in desperate need of replacement with much of the wood rotten and the seating area at the end of one of the flowerbeds having to be removed. They will be replaced with stone structures that will match the natural stone walls that surround the Riverside Hotel Beer Garden and the wall by the old boat landing. The friends said that. “Stone will have a much longer lifespan than wooden sleepers and require less maintenance – this will add to the improvements we have already made to the benches in that part of the gardens.”

The project has been funded by profits raised from the sale of the Friends of Ilkley Riverside Parks 2022 Calendar and significant contributions have been made by The Riverside Hotel and the Ilkley and District Roundtable.

George Buckley, who coordinated the Friend’s 2022 calendar said “I’m really looking forward to seeing the improvements that will be made to what is a very popular area for people to sit and enjoy the Riverside Gardens. This would not have been possible without the generosity of everybody who bought a calendar and took part in the associated photo competition. We’re also lucky to have the support of The Riverside Hotel and Roundtable in securing the final funding for the project.”

This is just one of the many improvements that The Friends of Ilkley Riverside Parks have delivered since the formation of the group in 2018 including: installation of new flowerbeds near the memorial, improved signage and being a key stakeholder in the recent refurbishment of the children’s playground. The group is constantly on the lookout for new volunteers who may be able to help with hands on tasks at the group’s regulator work parties, but also people who may be able to conduct clerical work like grant applications. In order to get involved please email foirp2@gmail.com