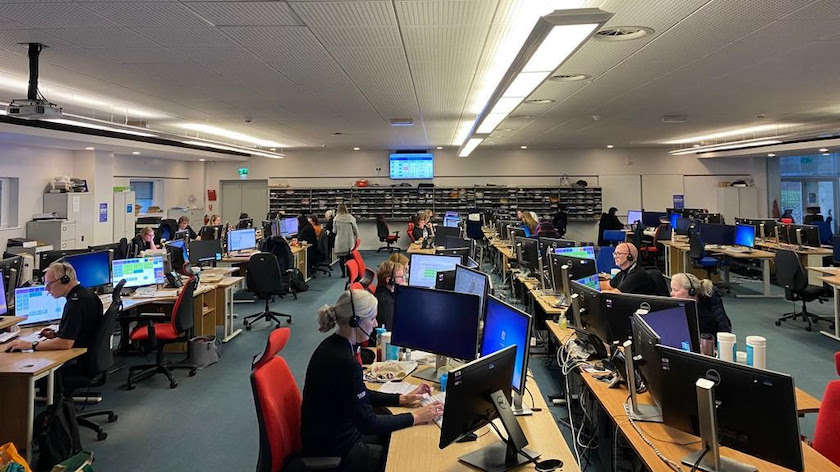 North Yorkshire Police's 'Tweetathon' - last run in 2018 - is returning to provide people with an insight into the calls received by the force.

North Yorkshire Police will tweet details of every call that comes in to them during a 12-hour period from 2pm next Friday (17th December) until 2am on the Saturday morning.

Despite recent government announcements, North Yorkshire Police says it is currently anticipating that people will head out to parties, bars and events over the festive period. The force has seen a high demand for calls to service over the last few weekends, especially on Friday and Saturday nights.

This also follows an unprecedent six months where police forces across the country, including in North Yorkshire, have seen record numbers of 999 and 101 calls.

The Friday before Christmas, known by some as “Mad Friday”, is traditionally one of the busiest nights of the year for the emergency services.

To deal with the expected high demand, extra police officers will be deployed to the streets of North Yorkshire and additional staff will be working in the force’s Force Control Room.

The control room in York is responsible for handling all 999 and 101 calls in North Yorkshire, in addition to the force’s online reporting service through its website. As well as dealing with members of the public, staff in the control room also deploy police officers and take control of incidents.

Every call that the force’s control room receives during the 12-hour period will be tweeted on the North Yorkshire Police Twitter account @NYorksPolice with the hashtag #NYPfor12.

The force first took part in a Tweetathon in 2013 when it joined a global event involving police forces across the world. Their second and third Tweetathons took place in 2018 – one in the summer and one just before Christmas.

Superintendent Jason Dickson, Head of Customer Contact and the Force Control Room at North Yorkshire Police, said: “The last Friday before Christmas is always one of the busiest days of the year for the police and we expect this year to be no different; I would urge members of the public to plan their night, look out for each other and enjoy the festivities safely.

“When the force last ran the Tweetathon in 2018, members of the public were given a ‘behind the scenes’ view of policing and were astonished by the volume and variety of incidents that the force dealt with.

“Sharing this information allows the public to understand the sheer number of incidents called in to us, the nature of the calls and how we prioritise and respond to them. We also hope that by being open and transparent, it reassures the public that we are here 24/7 to keep them safe, all year round.

“I want to reassure anyone who needs to call the police while the Tweetathon is ongoing that no information will be released that could identify them. We’ll simply be sharing the nature of the incident and our response to it.

“We hope the public will find the tweetathon interesting, eye opening and reassuring.”