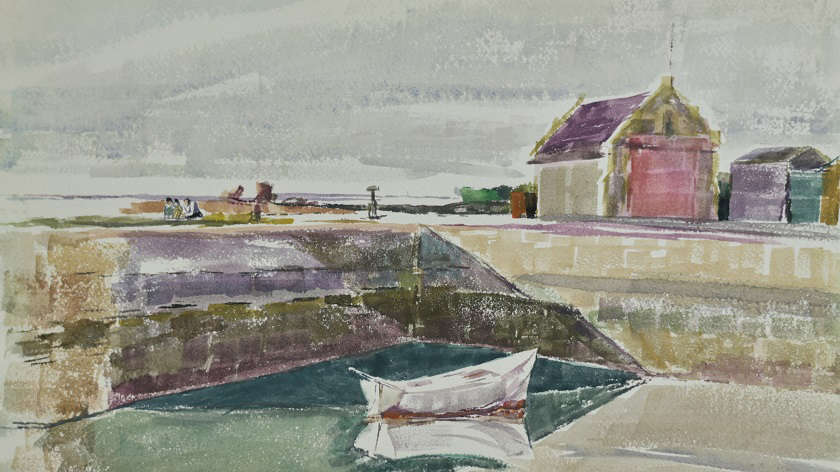 Ilkley Manor House is delighted to be hosting a major exhibition of renowned artist Dorothy Bradford this Autumn.

The exhibition opens on Saturday 3 September and runs until the end of October.

The impressive body of work which Dorothy Bradford produced throughout a life dedicated to art has several strands, but all her art has one visible subject: movement.

Born in Cockermouth, Cumbria, her father taught art and her mother’s great uncle exhibited at the Royal Academy, but Dorothy knew she did not want to become the teacher her parents wished her to be. Instead, she chose the riskier path of becoming an artist.

While Dorothy lived in Ilkley, she was instrumental in establishing the Manor House as a museum and art gallery where she exhibited her own work as well as those of her contemporaries. ‘It is a great pleasure to be able to work with the Dorothy Bradford’s family to bring her work back to the Manor House again’ said Sarah Thomas, Chair of the Manor House Trust.

Back in Liverpool in the sixties, Dorothy undertook major commissions including a large work (The Offering) at Liverpool Anglican Cathedral which is still on show today. Dorothy also produced drawings with Liverpool football players as the subject.

1971 she was the official artist to the New Philharmonia orchestra on tour in the US, and in 1975 she performed the same function for the Leeds international pianoforte competition. Dorothy saw many parallels between painting and music, not least the close connections between colour and sound.

Dorothy's paintings and drawings have been exhibited widely and her works are represented in many collections in the UK, US, South Africa, Australia, Denmark and elsewhere.

Mary Thomson (formerly Sara) will be giving a talk about Dorothy and her work from the exhibition on Saturday 3 September which will also be live streamed on Zoom.

Booking details and full details of the exhibition opening times can be found on the Manor House website – www.ilkleymanorhouse.org