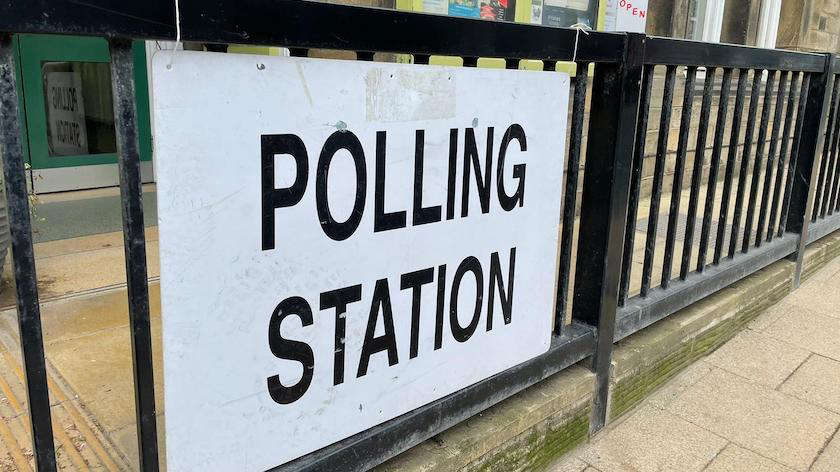 Local elections for Bradford Council and the new North Yorkshire Council were held on Thursday 5th May 2022, as well votes to select some town and parish councillors.

In the seven local seats on Bradford Council, the Greens gained Craven (Addingham, Silsden, Steeton & Eastburn) from the Conservatives, while the others were held by the respective parties. In Ilkley, previous Conservative Councillor Mike Gibbons was sitting as an Independent. The seat was won by the new Conservative candidate Andrew Loy who was just 100 votes ahead of the Green Party.

Overall at Bradford Council, the Greens gained 3 new seats and an Other candidate gained one - while Labour lost one, the Lib Dems lost one and the Conservatives lost two. The makeup of the council is now: Labour 52, Conservatives 21, Lib Dems 6, Greens 6 and Others 5.

The five local seats on North Yorkshire County Council went to three Independent candidates and two Green Party candidates. Independent Councillor for Skipton West & West Craven Andy Solloway won his seat after drawing straws because he and the Labour candidate in the ward, Peter Madeley, both polled the same number of votes.

With all seats declared, the Conservatives have enough to control the new council. The make-up of the council is now: Conservatives 47, Independents 13, Labour 12, Lib Dems 12, Greens 5, Others 1.

On Skipton Town Council, the make up of the council is now:
Independent: 5
Labour: 4
Independent Representing & Protecting Our Skipton: 2
Green: 2
Conservative: 1

Below you will find the results in full...

Our local ward results are shown below, you can see the full results for the North Yorkshire Council elections at https://www.northyorks.gov.uk/county-council-election-results

Referendum on whether Neighbourhood Plans should be adopted

"Do you want City of Bradford Metropolitan District Council to use the neighbourhood plan to help it decide planning applications in the Ilkley neighbourhood area?

Election of parish councillors for Menston

Election of town councillors for Skipton