Dancing on the Ceiling 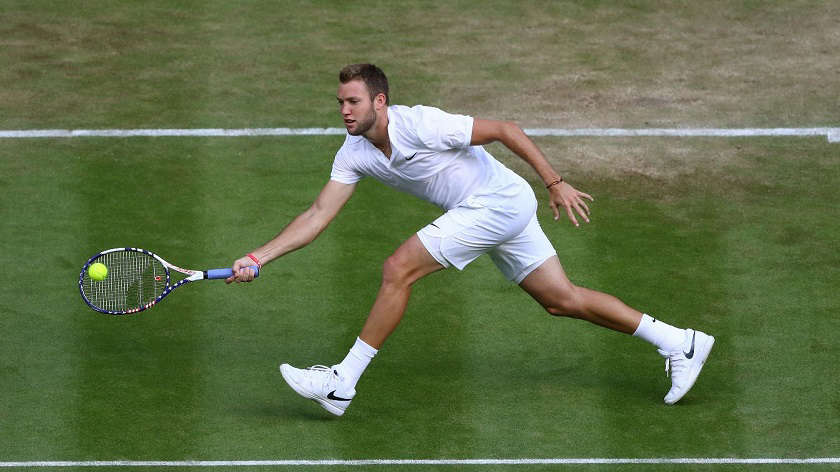 Former ATP top ten stars Jack Sock and Fernando Verdasco will be joined by the British star Katie Boulter as the Ilkley Trophy returns to its spiritual home after a two-year break for a tournament that will run from June 12-19.

Wimbledon doubles champion in 2014 and 2018, Sock is looking to get back to his best form after making a big breakthrough on the singles court in 2017, as the American won the ATP 1000 title in Paris to qualify for the end of season ATP Finals in London. In that tournament, he beat Marin Cilic and Alexander Zverev in the group stages at the O2 Arena before losing to eventual champion Grigor Dimitrov in the semi-finals.

Spanish star Verdasco, 38, arrives in Ilkley with an equally impressive pedigree, after reaching the Wimbledon quarter-finals in 2013. He was also a finalist at the LTA’s Nottingham Open in 2008, losing to Croatia’s Ivo Karlovic. Verdasco achieved a career-high ranking of No.7 in April 2009, the year when he also qualified for his first and only appearance to date in the ATP Finals.

Jiri Vesely from the Czech Republic (ATP No.73), Australia’s John Millman (ATP No.91) and Switzerland’s Henri Laaksonen (ATP No.96) are also among the top 100 players due to play in Ilkley.

The women’s entry list for the ITF World Tour 100 event in Ilkley has also been confirmed, with Katie Boulter set to lead the British charge in the W100 event, with additional British stars set to be confirmed in the women’s and men’s draws when the wildcard selections are announced.

Sweden’s Rebecca Peterson (WTA No.87) is the highest-ranked player in the draw, with her form in 2022 including a fine win against current world No.2 Aryna Sabalenka in the WTA 250 tournament in Adelaide in January.

Former WTA top ten player Kristina Mladenovic from France will also play in Ilkley, with the 29-year-old boasting a record that includes runs to the quarter-finals at the 2015 US Open and the 2017 French Open. She is also a former world No.1 doubles player and a former champion at the Australian Open in 2018 and 2020 with partner Timea Babos, as well as a three-time former French Open champion with partner Caroline Garcia in 2016 and with Babos in 2019 and 2020.

See a full entry lists of players for the Ilkley Trophy here.

This tournament is making a welcome return to the Ilkley Lawn Tennis & Squash Club after a two-year absence due to the COVID pandemic, with last year’s event moved to the Nottingham Tennis Centre due to the lack of a bio-secure bubble in Ilkley.

Tickets for all the LTA summer grass court events can be found here: https://tickets.lta.org.uk