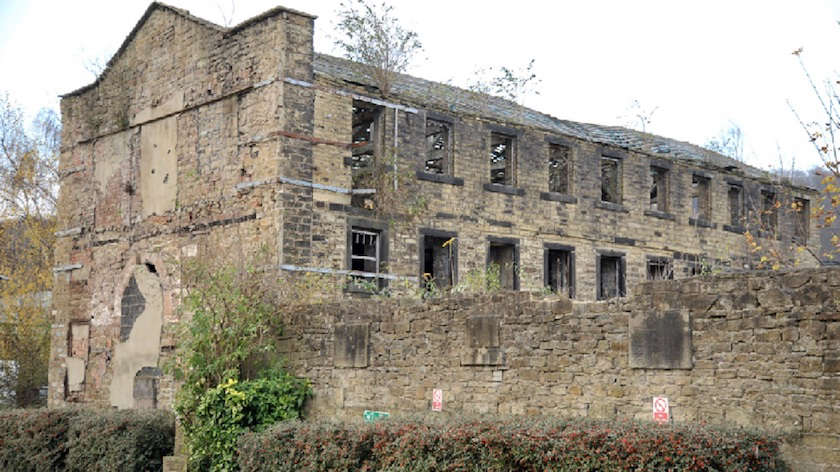 Bradford Council has refused a planning application to build a steel fabricating workshop in front of Low Mill in Keighley.

“If it wasn’t for this mill, Keighley would not be the town it is now." - that was the claim made by a Conservation officer in a plea to Councillors to reject plans that would see a modern industrial unit built in front of Low Mill, a Grade II* listed building that played a vital role in the town’s history.

He said that despite the current state of the building, there have been recent discussions with a heritage body that could see the mill restored.

Based on Gresley Road, Low Mill dates back to 1779, was the first cotton mill to be built in Yorkshire. It was powered by water diverted from the River Worth through a series of sluices a goit and is associated with Sir Richard Arkwright, renowned industrial engineer.

Despite its historic significance, the building has been derelict for decades, and was recently added to Save Britain’s Heritage’s “At Risk” register.

And the water features were recently “destroyed” – with the Council currently investigating who was behind this heritage crime.

A planning application to build a steel fabricating workshop in front of the site was submitted to Bradford Council by JCL Machinery Limited in 2020.

The company had recently purchased the plot of land in front of the mill, unaware of the illegal work that had been done prior to the purchase.

When the application first came before Bradford Council’s Keighley Area Planning Panel last year, members voted to defer a decision until more detail about the criminal investigation was made available.

The scheme came before the Committee again on Wednesday. A report to members suggested the plans be refused, saying that while the workshop would not directly damage the mill, its proximity to the building would effectively end any chance of its future regeneration. It said a recent survey looking at the structure found that while there were issues, such as the badly damaged roof, the building was not in danger of collapse.

Joe Steele, agent for the applicants, said: “Low Mill is problematic, it has exposed roof timbers, and is a very vulnerable building.”

He suggested that the last chance to save the building may have been an application to convert the mill into flats in 2004. Mr Steele added: “The cost of repairing the building at that time was estimated to be £800,000. Because of the dramatic rise in cost of materials it will have risen greatly since then.

“Any chance of using the building for housing is now gone. The conversion to non-residential is the only option, and that would only be achieved by a huge subsidy.”

He assured the committee that it was not the applicant that destroyed the water feature.

The applicant had shown confidence in Keighley by proposing the new unit and the business would create jobs – Mr Steele said.

Bradford Council Conservation Officer Jon Ackroyd attended the meeting, and gave an impassioned speech on the significance of the building to Keighley’s history.

Mr Ackroyd told the meeting: “If it wasn’t for this mill and the larger mill behind it, Keighley would not be the town it is now. It would not have risen up as a textile and engineering powerhouse. It is fundamental to the history of Keighley, and is of national importance. The (destroyed) watercourse is part of the historic significance of this site.

“If this proposed building is allowed in such a close proximity to the mill, it would snuff out any hope of regeneration. The survey identifies problems, but not insurmountable ones.

“We have been encouraged by Historic England to use powers to protect the building. There is potential they will support the Council in doing that. They feel this building needs to be given every opportunity.”

He said a Council’s duty to protect historic buildings should exceed all other planning considerations.

When asked what type of support Historic England would offer, Mr Ackroyd said: “Initially it would be financial support towards action to secure the building. They haven’t ruled out further financial support.”

He suggested the Towns Fund, a £33m pot of cash awarded to Keighley by Government, could help in the building’s future. One scheme proposed through this grant is the creation of a £14 million fund to “restore and repurpose buildings and redevelop sites for commercial and residential use.”

Mr Ackroyd said: “This is one building that we put on the list of potential candidates for Towns Fund assistance. “It wouldn’t pay for everything, but it would contribute.”

Chair of the panel Councillor Doreen Lee (Lab, Keighley East) said: “I’ve known this mill all my life. I’m not the biggest conservationist, but this mill should really be retained.

“We should be very proud of our engineering history.”

Members unanimously voted to refuse the plan for the workshop.